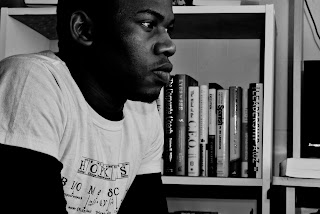 A few weeks back, one of the attending ER physicians saw me reading the book "Warren Buffet Thinks Like a Girl" by the Motley Fools. He seemed surprised to see me reading the book but never uttered a word. A few hours later, he came back to me and said, “If I were you, I would quit medical school. If you really believe in all the books I see you read, I would never pursue a career in medicine.” I was shocked. When I asked him why, he told me there was no real money in medicine, besides, he takes too long to make ‘medicine’ money.

This was the beginning of a semi-lengthy conversation that got me thinking. Several questions ran through my mind. How can an attending physician tell me not to go to school? How can he tell me school is a waste of time if I really want to be financially successful in this world? But he was right. Even the books I read are a testament to his advice. How many big time game changers earned a college degree? The likes of Bill Gates, Mark Zuckerberg, Dell, the owner of the Virgin Atlantic and many more businessmen make this list. These men only needed a vision, plan and capital. Today, they are bosses to some of the most educated men in the world.

To execute big projects, you need capital. I mean HUGE capital. The ER physician proceeded to confirm the difference between him and I; he has a huge capital to execute but I don’t. Before we ended our conversation, he advised me to read other books to reaffirm his statement. I was puzzled, very puzzled. A week later, I found another book I had always wanted to read in a friend’s library.

A couple of weeks after our initial discussion, the ER physician asked me if I had changed my mind. I replied, “no”, and I gave my reasons. His reply, “I think you can achieve that goal faster if you don't become a physician, unless you really want to treat patients.” That was where he got me. Don't get me wrong, I love money, but I want to make money doing what I enjoy. Medicine to me is not an end; it is a means to an end. Bestowing the gift of health to individuals should not be motivated by money. A passion should be observed in the practice. Yes, the degree looks fancy, but I believe the effective application of my medical education would hold more value. My reasons for going into medicine….. that's a topic for another day.

Reading these 'self help' books have enlightened me for over two years. But it wasn't until that very moment I thought about the difference between education and 'real education' (that's my definition by the way).

We have heard in previous times that 'knowledge is power.' I believe there are two kinds of knowledge; general knowledge and specialized knowledge. General knowledge, no matter how great, is of little or no importance to the accumulation of money. The departments of great universities possess practically every form of general knowledge known to civilization. Hence, most professors and teachers have little to minimal money generated in their lifetime. They specialize in teaching knowledge but do not focus on the organization and application of that knowledge.

I think it is important to note that knowledge will not attract money, unless it is organized and intelligently directed through practical plans of action, 'to the definite end of the accumulation of money.' Lack of understanding of this fact remains one of the fundamental sources of confusion to people who falsely believe that knowledge is power. I say knowledge is only potential power. It becomes power ONLY when it is organized into definite plans of action and directed to a definite end.

Moral of the story: Before you decide to get an education, have an end in mind. That way, posterity has no regrets.

Welcome to my world

Welcome to my blog